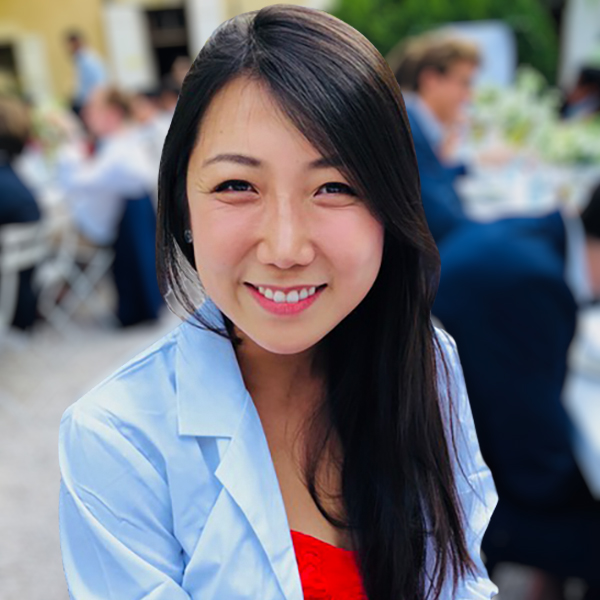 FRANKFORT, Ky.  – Natalie Guo founded Off Their Plate, a non-profit organization that partners with restaurants to help feed their local communities in crisis and has been given the 2021 Eagle Rare Life Award.

The honor is a $50,000 recognition and charitable donation for an individual who, like the award’s namesake bourbon, finds ways to Reach Higher in fulfilling their American Dream. Now a Boston, Mass., resident, Guo was born in China and immigrated to the U.S. from Sweden as a child. She is a graduate of Princeton University and Harvard Business School. Along her journey, she has also tutored inner-city children, advised biotech startup companies and worked as a healthcare investor.

She responded to the COVID-19 pandemic by creating a charity that both revives restaurants struggling with quarantine restrictions and feeds health care workers and community members in need because of the virus. Guo’s creation not only happened in the midst of the COVID-19 outbreak, but during her studies at Harvard Medical School.

She was chosen out of dozens of public nominations and is the 11th recipient of the Eagle Rare Life Award.

“Natalie’s story is exceptional,” said Eagle Rare Bourbon Brand Director Joshua Steely. “She has a truly representative story of pursuing the American dream to enrich her life and the lives of others. That is the embodiment of Reaching Higher. It’s that excellence that not only helps, but also inspires others. It’s truly patriotic and we are proud to recognize her and reward Off Their Plate with the Eagle Rare Life Award.”

Off Their Plate partners with struggling restaurants owned by women or people of color to make hot meals for healthcare workers or people experiencing hunger. Each $100 donation restores restaurant wages to the local economy while providing 10 meals for those in need.

“It was a huge surprise to even be considered for the award,” Guo said. Off Their Plate was built by a community of volunteers who have worked tirelessly to distribute 800,000 meals across the country in the last nine months. Volunteers and friends like Alexis Harrison, who nominated me for the award, have sprung into action in every direction. This award is really theirs. I’m so honored to accept this grant which will help us continue to do this important work.”

The Eagle Rare Life Award honors individuals whose efforts stand out as those who live a Rare Life and Reach Higher to achieve levels of excellence for themselves and their communities. Past winners include individuals who spearheaded efforts to fight childhood cancer, recognize fallen heroes of military service, lead environmental projects and create opportunities for those with disabilities. The individual or individuals are honored with the award while a $50,000 donation is made to the charity of their choice by Eagle Rare Bourbon.

Nominations for the award were accepted until December 20, 2020. The winner was chosen by a team of non-partisan stakeholders.

For more information about Off Their Plate or to donate, visit offtheirplate.org.