Despite a period of uncertainty and brief slowdown at the outset of the pandemic, most Northern Kentucky commercial and residential builders quickly rebounded and are reporting a profitable or, in some cases, record-breaking 2020.

Commercial projects are largely clustered in two areas – redevelopment projects in the urban core, and distribution centers in the suburban areas with good interstate access. These have primarily been located near the Cincinnati/Northern Kentucky International Airport (CVG), but as land near the airport develops, new logistics centers are beginning to migrate to the south along Interstate 75.

Progress continues on the Riverfront Commons trail and the Newport on the Levee makeover, and final touches are being completed at the St. Elizabeth Healthcare Cancer Center in Edgewood.

Unquestionably, the rising tide lifting all boats is the Amazon Air Hub in Boone County. The behemoth will cover 970 acres at CVG, acreage equivalent to 31 Cincinnati Reds ballparks. The hub includes a 3-million-s.f. package center that will service 200 to 300 trucks at any given time, plus a parking area for about 100 cargo airplanes. Amazon expects to open the $1.49 billion hub in 2021.

“Our new commercial/industrial capital investment number for the first three quarters back in 2018 was around $184 million,” he said. “In 2019, the same kind of greenfield development for the first three quarters climbed up to $313 million. This year (2020), new commercial/industrial capital development jumped to $532 million, largely because of the Amazon Air Hub and associated projects.”

Driving home the magnitude of the Amazon Air Hub project, Miller noted that the HVAC construction permits alone were valued at $30 million and the wetland disturbance permits were over $50 million.

“If I look at all the projects in the Northern Kentucky area of Boone, Kenton and Campbell counties,” Miller said, “it’s really about 68% of all commercial/industrial projects tied back to the Amazon Air Hub.”

One might speculate that without the Amazon Air Hub, the flurry of construction activity in Northern Kentucky would be on par with the rest of the United States. But that’s not taking into account the singularity of the region, according to Dave Spaulding, general manager of Turner Construction’s Cincinnati office.

“Most areas along the riverfront at major city skylines are developed already,” Spaulding said. “When you look across the country, it’s pretty rare to find great development opportunities like we have in Covington and Newport on the riverfront right across from Cincinnati.”

Turner Construction has begun the process of re-imagining Newport on the Levee, a multi-level retail entertainment destination with easy access to downtown Cincinnati via the Purple People Bridge.

“Newport on the Levee is a great re-use of an old development that originally opened in 2001 and was underperforming,” Spaulding said. “The re-imagining includes outdoor dining, walk-up eating options and an artisan market. There are plans for a hotel and some commercial office space and generally fixing up what was there.”

Next to Newport on the Levee at the confluence of the Licking and Ohio rivers is another Turner Construction project known as Ovation. The 25-acre mixed-use development will have more than 900 residential units in addition to restaurants, retail, hotels, offices and a music venue.

The local site owner, Corporex, has teamed with premiere concert promoters Promo West and AEG on the music venue, the first phase of the development.

“It will overlook the Cincinnati skyline and the river in a more intimate setting than Riverbend (which has a 20,000 capacity),” Spaulding said.

The curvilinear-roofed concert venue will sit atop a 550-car parking structure and is expected to attract up to 400,000 fans annually to over 180 events per year.

“They still have a lot of ‘fit out’ and white space where they are still programming the space,” Spaulding said. “We’ll probably be there another eight months. For a facility that large (250,000 s.f.), you are planning it three years out, anticipating how health care will evolve.”

“This [2020] was one of the best years we’ve ever had,” said Spaulding. “My concern is there aren’t many architects putting pen to paper for future projects. Government shutdowns have meant new projects aren’t getting started or funded and we could be a little bit slower in 2021.”

Southbank Partners saw progress in 2020 on its signature project, Riverfront Commons, a 11.5-mile walking/biking path that runs along the Ohio River from the city of Ludlow on the west to Fort Thomas on the east.

The path features open park space at strategic points along the river and provides linkage to neighborhood, residential, business, entertainment and historic districts.

The project is part of a comprehensive redevelopment plan for the whole riverfront with commitment from seven cities: Ludlow, Covington, Newport, Bellevue, Silver Grove, Dayton and Fort Thomas. Jack Moreland, president of Southbank Properties, said the plan is to make Northern Kentucky a destination landmark. He estimates that 75% of the trail will be in place within a year.

The Paul Hemmer Co. has been focused on new industrial and logistics facilities throughout NKY. Some of the commercial projects Hemmer completed in 2020 include a 26,000-s.f. manufacturing facility in Independence for the Mazak Corp. and GE’s 68,000-s.f. On Wing Support Center in Florence.

Hemmer’s Amazon-related projects include a 25,000-s.f. transportation facility in Hebron for TGT Transport; a 139,000-s.f. speculative building in Hebron for CA Industrial; and an 8,300-s.f. food-grade facility in Erlanger for candy maker Perfetti Van Melle.

“In February and March our customers became a little skittish,” said Paul Hemmer, CEO of the Fort Mitchell-based builder. “No projects were canceled but decisions were delayed. Revenues will be off 40% versus our projections but … we’ll be operating profitably.”

After a pandemic-driven freeze in the late spring of 2020, the housing market quickly recovered with a frenzy of home buying. From a volume standpoint, residential permits were up 20% over 2019 for the first three quarters of 2020 in Boone, Kenton and Campbell counties, according to the Building Industry Association of Northern Kentucky. (Data for the fourth quarter was not yet available when this publication was printed.)

Part of the housing demand is the result of job creation accompanying the area’s economic development boom, but it’s largely following a scenario being played out across the nation.

A number of factors are at work, said Greg Fischer, chairman of Fischer Homes, which experienced a record-breaking 2020, with sales up 36% over 2019.

“First, the pandemic has increased the demand for homes as people look for more space to work, learn and exercise at home,” he said. “Second, the supply of homes listed for sale is at an all-time low. Third, mortgage rates are also at record lows. Fourth, we see a preference for new versus used homes because customers in this environment prefer everything new, and the design elements built into newer homes.”

Fischer completed home projects in Union, Hebron, Alexandria, Covington and Walton in 2020. The company has projects in the works for 2021 in Villa Hills, Fort Wright, Crescent Springs, Independence and Erlanger.

“In terms of the impact of COVID-19, we see buyers want a ‘fresh space,’” Fischer said. “A new home will have the spaces they are looking for, whether it be for remote work or learning, a home gym or a gourmet kitchen – things that have become more important in the pandemic.”

Drees Homes, which has been operating in the area for over 90 years, is also reporting 2020 as a record-breaking sales year. Drees offers new homes in 23 communities across Boone, Kenton and Campbell counties.

“The pandemic accelerated changes to our sales channels,” said David Drees, president of Drees Homes. “We quickly turned our attention to expanding our digital library of resources that could assist prospective buyers online. With enhanced video home tours, the introduction of virtual appointments and an array of meeting options, we were able to continue capturing the attention of buyers.”

Nearly a century of building in NKY 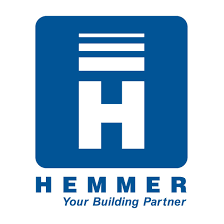 Paul Hemmer Co. is a construction, building and real estate services firm with a history in Northern Kentucky and Cincinnati dating to 1921. A century later, Hemmer is recognized as one of the region’s premier providers of construction services.

For more than 50 years, Hemmer has specialized in design-build construction. Hemmer’s unique knowledge and experience enables it to provide the earliest commitment of guaranteed cost and delivery for its industrial and commercial customers. All construction projects come with inherent risks, so nothing takes the place of experience, said Paul Hemmer Jr., president of Paul Hemmer Co.

In its design/build program, Hemmer focuses its efforts on building value by design. Every project is viewed as more than just a one-time endeavor, the company president said. Hemmer knows that each project represents both a substantial and long-term investment for its customers.

“Hemmer understands that decisions made early in the process will have the greatest impact on value for the life of the building,” Paul Hemmer said. “In addition, we know that our success is tied to an ability to lead a team of professionals that includes architects and engineers, as well as subcontractors and suppliers.”

Hemmer has an excellent reputation in the subcontractor community and has established strong relationships with the best subcontractors in the region.

Finally, Hemmer credits its success to a professional staff with an established culture of teamwork and service, where an emphasis is placed on good communication, as well as a commitment to quality and competitive pricing, Paul Hemmer said.

“Nearly 100 years after its founding, Hemmer enjoys an excellent reputation and track record for success,” he said. “Our goal is to become your building partner.”