LOUISVILLE, Ky. (March 17, 2015) — The Greater Louisville Association of Realtors (GLAR) reported that year-to-date sales are up 6.3 percent, with 1,732 homes and condos sold versus 1,629 at the same point last year. Sales were up 0.5 percent in February 2015 (848 units) compared to February 2014 (844 units), and the average selling price in all Multiple Listing Service (MLS) areas was up 5.5 percent compared to the same month last year. 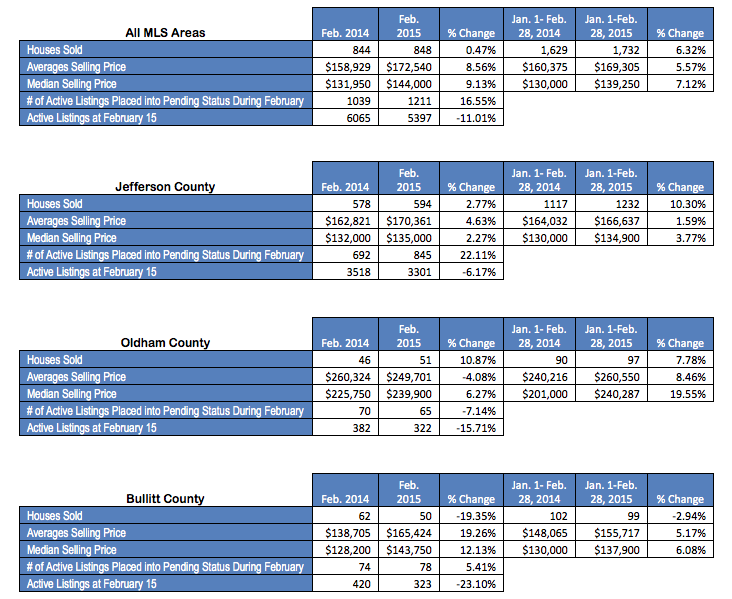