LEXINGTON, Ky. (June 9, 2015) — Two baseball players with Kentucky connections were drafted in the first round of the Major League Baseball draft and five players associated with Kentucky have been picked so far, with the draft currently in the seventh round, as of 4:51 p.m.

Vanderbilt University pitcher Walker Buehler, a graduate of Henry Clay High School in Lexington, was taken 24th overall by the Los Angeles Dodgers. The two-time all-state player, who holds Henry Clay’s single-season strikeout record, is 4-2 this year at Vanderbilt with a 2.97 ERA. Vanderbilt is still playing, having advanced to the College World Series, which begins Friday in Omaha.

University of Louisville junior pitcher Kyle Funkhouser, from Oak Forrest, Ill., was also selected in the first round by the Dodgers, with the No. 35 pick. Funkhouser was 8-5 with a 3.20 ERA this season.

Cody Kyle, a pitcher for the University of Kentucky, was selected by the Minnesota Twins. Western Kentucky outfielder Anderson Miller was taken by the Kansas City Royals and UK outfielder Ka’Ai Tom was picked by the Cleveland Indians. 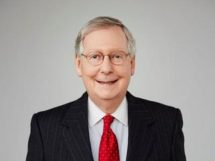