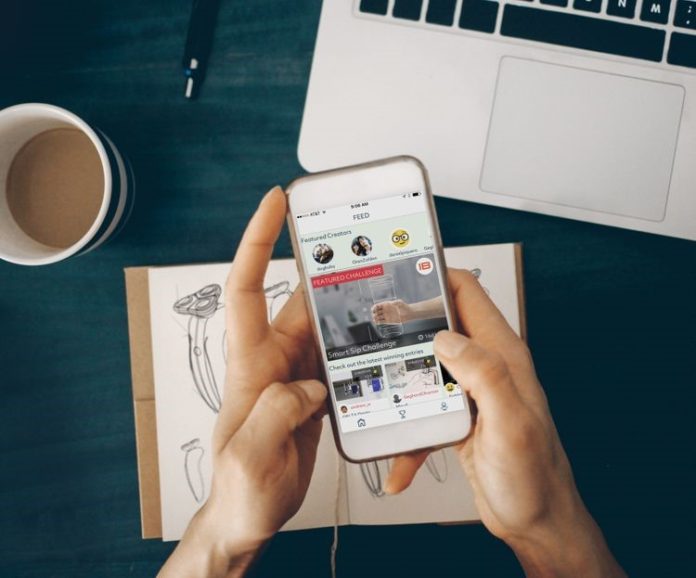 LOUISVILLE, Ky. (Feb. 1, 2018) – Louisville-based manufacturer GE Appliances, a Haier company, has opened its next innovation play at the University of Louisville.

The company has launched Giddy, a technology startup with headquarters just north of the Belknap campus.

“We love the partnership between UofL and Giddy,” said Mark Rondina, Giddy’s director of User Experience. “We feel that it really is mutually beneficial.”

The idea is to get students and other online makers to help companies create new products and refine existing ones. There are prizes for winning challenges, like designing a temperature-controlled thermos or a kitchen sink that brews coffee.

“We are able to work with talented designers with fresh perspectives and ideas and the students gain experience in a production environment,” Rondina said. “They are able to apply what they have studied to real world projects and deliverables.”

Amber Kleitz, a senior studying communication art and design, is now a junior designer at Giddy. She said these experiences allow students to collaborate with people outside their chosen discipline, such as designers with engineering and business majors.

“As soon as I started working with engineers and developers, I started seeing what the process behind a successful product really looked like,” she said.

Before Giddy, Kleitz also did class projects and interned at FirstBuild, GE Appliances’ makerspace and microfactory on UofL’s campus. The center opened in 2014, and has since been cited as “a model for adapting to a changing competitive environment that disadvantages large firms.”

Giddy is an extension of FirstBuild’s open-innovation model. The idea is to use a community of citizen hackers and makers to generate new products more quickly — and with built-in consumer demand.

“Giddy is a totally unique enterprise for GE Appliances,” said Rick Hasselbeck, GE Appliances’ chief commercial officer. “The success and growth of the FirstBuild innovation model has given us a great platform from which to launch Giddy.”

Giddy’s headquarters are at 227 E. Lee St., just up the street from FirstBuild. That has become a hub for industry wanting to work with UofL.

In November, Louisville-based Kindred Healthcare opened a tech innovation center across the street from Giddy. And Advanced Energy Materials opened a new facility there last summer.

Dr. Rob Keynton, interim executive vice president for research and innovation, said working with industry provides “real-world experiential learning opportunities for our students as well as plant the seed for research collaborations between our faculty and industry.”

“We welcome Giddy to UofL and look forward to establishing a strong relationship with them,” he said.