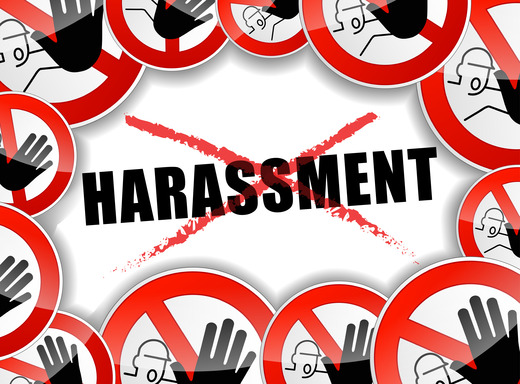 Jokes, teasing, and comments about dress and physical appearance, very often made by email or text, are the most common forms of workplace sexual harassment, according to a national survey of employment lawyers. Other findings are that complaints aren’t taken seriously enough, that only rarely are complaints fabricated and that in-person training is far superior to online information in improving workplace conduct.

The #MeToo movement is an important wake up call to corporate executives, reveals the Employment Law Alliance’s first Employer Pulse survey examining workplace issues. As Kentucky’s sole member of the ELA and the presenting sponsor of The Lane Report’s “Combatting Harassment in a Changing Workplace” event on April 12, Sturgill, Turner, Barker & Moloney PLLC partner Josh Salsburey said, “This poll provides a snapshot into today’s workplace, illuminating areas of concern and problems that management-side lawyers are working hard to help prevent and address.”

The poll was sent to the ELA’s U.S. employment lawyers during February, resulting in 382 responses from all 50 states, the District of Columbia and Puerto Rico. The data includes reflections on the workplace based on the lawyers’ interactions with major employers across the country and in nearly every industry.

Words Hurt: Most Common Type of Sexual Misconduct in the Workplace

Using a scale of 1-10 (high), 43 percent of respondents rated “Language, Jokes and Teasing” an eight or a nine, making it the most prevalent type of workplace sexual misconduct employers are facing today. It was followed by “Comments about Looks, Dress or Physical Appearance” and “Flirting and Sexual Advances.”

“Emails and texts” were listed by ELA members as the most-common method employees use in perpetrating sexual harassment.

Alcohol and the Workplace is a Problematic Combination

Seventy percent responded that alcohol use among employees has played a part in fostering harassment.

Combatting Harassment in a Changing Workplace

Has your company taken the necessary steps to prevent harassment?

Are you prepared to have difficult conversations in the workplace?

Join The Lane Report, along with Sylvia Lovely & Associates, for a half-day program where you will be given the tools and best practices to create and reinforce an inclusive, collaborative workplace in today’s changing environment. Learn more at LaneReport.com/events

In-House HR Competency to Conduct Investigations is a Concern

By one of the widest margins in the poll, 91 percent of respondents noted that when high level executives are accused of harassment, outside investigators instead of in-house HR professionals should be utilized.

Ninety-six percent of ELA attorneys throughout the country are convinced that live classroom harassment prevention training is more effective and impactful. This finding is consistent with the U.S. Equal Employment Opportunity Commission’s latest Enforcement Guidelines which state that online training is generally ineffective at preventing workplace harassment.

When asked if employers are taking sexual harassment training, prevention and response “Seriously Enough,” 46 percent of ELA respondents indicated that they are not.

Only 6.5 percent of ELA respondents said that either “More Often Than Not” (6%) or “Most of the Time” (0.5%) complaints of harassment were fabricated.

A Rush to Judgment, Pressure to Publicize When Investigating Harassment Complaints

More than 70 percent of ELA respondents indicated that clients have concerns that there is a “rush to judgment” when harassment complaints are made.

More than half (51%) indicated that corporate clients are feeling either “Great Pressure” (6%) or “Some Pressure” (45%) to publicize results and disciplinary actions taken following a misconduct investigation.

Bracing for the #MeToo Backlash

A majority of ELA respondents, 57 percent, expressed that they are, either “Slightly Concerned” (44%) or “Very Concerned” (13%) that the #MeToo movement will create a backlash against women being promoted or hired.

When asked how frequently their employer clients “have experienced complaints resulting from office romances,” more than 60 percent indicated that it was either somewhat or very frequent.

Only 8 percent of ELA survey respondents indicated that “more than 75 percent of their clients” have enacted non-fraternization policies. And, 64 percent of respondents answered “No” when asked if they recommend employers adopt such policies.

The “Pence Rule”; Refusing to Travel/Dine/Meet Alone with Opposite Sex

Twenty-three percent of ELA respondents indicated that it was “Somewhat Common” for managers to refuse to travel/dine/meet alone behind closed doors with colleagues of the opposite sex. This finding is significant given the concerns raised that women will face a backlash in the workplace.

Salsburey took note that a majority of ELA respondents, 57 percent, expressed concern the #MeToo movement will create a backlash against women being promoted or hired. The current climate will likely increase concern about harassment allegations and will prompt more employees to avoid being in a situation that could raise an allegation.

While the #MeToo movement is encouraging women who have or believe they have been subjected to unwanted conduct of a sexual nature to speak up, Salesburey said, ELA survey respondents noted that male executives express concern about a rush to judgment when harassment complaints are made. The outcome may be that it becomes more difficult for women to get hired, be taken on business trips or be given other opportunities because men are afraid that they may be accused of wrongdoing.

Additionally, publicity around Vice President Mike Pence’s personal “rule” that he will not dine with a member of the opposite sex without his wife present combined with heightened sensitivity and awareness fueled by #MeToo has driven a marked increase in hesitancy, especially by men, to be alone with someone else in any situation that could be misconstrued. Ultimately, this may hamper the advancement of women in the workplace and overall productivity.

“Employers should be cautious about such an approach,” Salsburey warned, “because a decision to exclude a female employee based on her gender is discrimination and can expose the employer to legal liability.”

Almost half of the survey respondents indicated that employers are not taking sexual harassment training, prevention and response “seriously enough.” Set yourself and your company apart from the pack, and join The Lane Report, along with Sturgill, Turner, Barker & Moloney PLLC and Sylvia Lovely & Associates, for a half-day program where you will be given the tools and best practices to create and reinforce an inclusive, collaborative workplace in today’s changing environment. Learn more at LaneReport.com/events

ELA’s “#MeToo/Sexual Harassment in the Workplace Survey” is the first in a three-part Employer Pulse survey series examining workplaces issues. Workplace bullying and gender pay equity are set to be explored in future reports.

The Employment Law Alliance is the world’s leading network of labor, employment and immigration lawyers offering innovative client solutions, thought leadership and advocacy for employers across the globe. With specialists in more than 100 countries, all 50 states and each Canadian province, the ELA provides multi-state and multi-national companies with seamless and cost-effective services worldwide.

For more than 60 years, Sturgill Turner has represented clients in Lexington, across the Commonwealth, and nationwide, in matters involving a broad range of legal service areas. Our employment law attorneys have successfully represented public and private sector employers, including businesses, corporations, school boards, colleges and universities, state agencies, cities, counties and other public entities, in all facets of management-side employment law. Our approach is two-pronged: protect and prevent. Visit www.sturgillturner.law for more information about our firm and our attorneys.