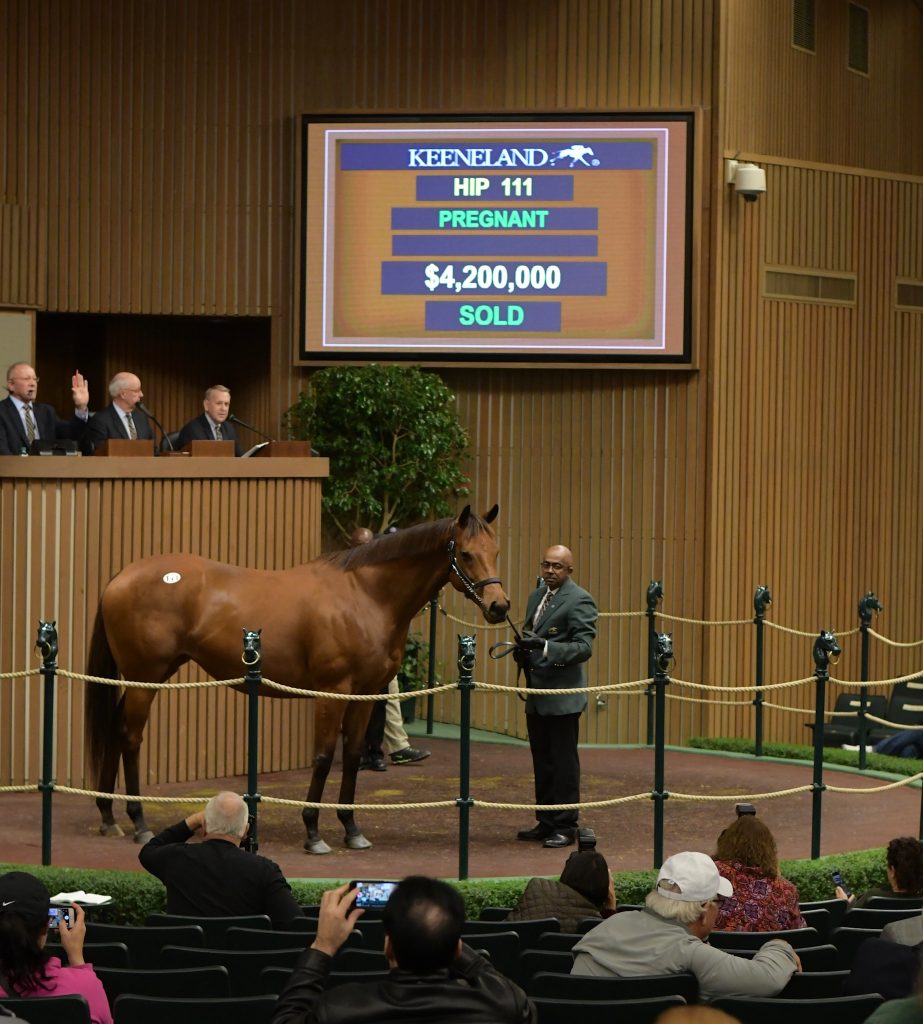 January Sale catalogs are available online at Keeneland.com. Print catalogs are scheduled to be delivered the week of Dec. 17.

The catalog includes 701 broodmares and broodmare prospects, 597 yearlings, 252 horses of racing age and five stallions. Supplementary entries are being accepted.

Abel Tasman is cataloged as a broodmare prospect and will sell Monday, Jan. 7, as Hip 288. One of the top distaffers of her generation, Abel Tasman captured six Grade 1 races at 2, 3 and 4 and earned nearly $2.8 million. She was named champion 3-year-old filly of 2017. Taylor Made Sales Agency, agent, is consigning the 4-year-old daughter of Quality Road for co-owners China Horse Club and Clearsky Farms.

“The presence of Abel Tasman adds a great deal of excitement to this year’s January Sale,” said Keeneland Vice President of Racing and Sales Bob Elliston. “This sale traditionally gives breeders — both domestic and foreign — an opportunity to purchase quality broodmares just before the start of breeding season. It also is a notable marketplace for buyers shopping for racing prospects and horses of racing age.”

Each of the January Sale’s four sessions begins at 10 a.m. ET each day. The sale will be streamed live on Keeneland.com. TV coverage of the auction will begin Sunday, Jan. 6, and continue the following two days.