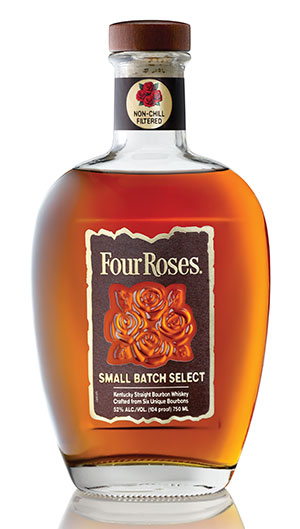 The distillery’s expansion project began in 2015 and is doubling production capacity to accommodate for growing industry demand.

“It’s an exciting time at Four Roses and we are proud to celebrate the next step in our effort to provide even more bourbon to our consumers, while maintaining a commitment to produce the same premium quality that defines the brand,” said Four Roses COO Ryan Ashley. “We welcome and encourage you to make the trip to our distillery in Lawrenceburg to experience our continued growth first-hand.”

The expansion project invested $34 million into Four Roses’ Distillery in Lawrenceburg, Ky., and $21 million at the Warehouse & Bottling Facility in Cox’s Creek, Ky. At the distillery, Four Roses added two new buildings and equipment, including a new column and doubler still and more fermenters. With the duplicate column and doubler still, production capacity is scheduled to increase from 4 million to 8 million proof gallons, enough to fill more than 130,000 barrels a year.

At the Warehouse & Bottling Facility, Four Roses built a new bottling facility, containing two bottling lines, including one specifically designed for Single Barrel and a high-speed bottling line, bottling support areas and office space. Warehouse X, the first of several new Four Roses warehouses to be built in the coming years, was completed in November 2018.

The award-winning bourbon company has experienced exponential growth since its return to the U.S. in 2002. The project has created numerous new jobs, and Four Roses plans to continue to add new jobs in the near future.

Tours of the Four Roses Distillery and Warehouse & Bottling Facility are offered year round. For more information on visiting Four Roses, go to fourrosesbourbon.com/visit/.