If you were raised in the Bluegrass State and not in a teetotaler family, chances are good that you sipped your first bourbon at an early age, maybe on New Year’s Eve, at a wedding reception or at Aunt Ethel’s birthday party. If not, maybe you jumped on board the bourbon train recently, when you noticed that Kentucky’s native spirit is being talked about and tasted simply everywhere. But how much do you know about the drink’s roots? Who started the commonwealth’s distilleries? Was it a lone individual with a monumental thirst or a family looking to make a living?

A great way to find out the answers to these questions and more is on a Bourbon Barons Tour with Stone Fences Tours, based in Lexington. On any of nine different options, you’ll learn all about the different distilleries, and, of course, have the opportunity to sample the goods.

“We’re more than a shuttle to take you from point A to point B,” says Jerry Daniels, who owns and operates the company with his wife, Hope Brown. “We have tours and tastings, but we want you to learn how a distillery got there, who put it there – the family or the person. We’re history geeks. We want you to take part of Kentucky home with you. We want you to be able to tell your friends – over a glass of bourbon – about the seven-generational Beam family.”

A “history geek” is definitely the person you want leading a tour about the roots of bourbon. Hope is a history teacher, while Jerry is an arm-chair historian, retail manager, aspiring stand-up comic, and certified bourbon steward. They are members of the Kentucky Civil War Roundtable, the Battlefield of Richmond Association, the Bluegrass Trust for Historic Preservation, and the Filson Historical Society. These geeks are the real deal – as are their Bourbon Baron Tours. Last year, the couple began with six tours and added three more for 2019. The following are brief descriptions of the options. Full details are on the Stone Fences website.

The Ripy Tour: Built by Wild Turkey tycoon Thomas B. Ripy in 1888, the T.B. Ripy House in Lawrenceburg is a grand mansion known for its architecture, intriguing history and ghost(s). When Prohibition came along, the Ripy family had secret compartments, trap doors and hidden staircases to secret rooms added to hide a few hundred barrels of bourbon, some of which may still be in the creepy basement. A house tour and bourbon tasting are included.

Peppers Tour: Three generations of Peppers come alive, from the small distillery of Captain Elijah Pepper, to Oscar and James Pepper, who grew the business. You’ll visit the site of Elijah’s first foray, and enjoy tour and tastings at Woodford Reserve, the Barrel House Distilling Co., and the newly restored Pepper Distillery.

The Beams Tour: Follow the Royal Family of Bourbon, members of which have been involved in bourbon production at most of Kentucky’s distilleries since the late 1700s, Jacob Beam’s early days. Tour and taste at Heaven Hill and Limestone Branch distilleries and the Jim Beam American Stillhouse.

Early Pioneers: Travel back to the late 1700s to settlers on the Wilderness Trail – Jacob Myers, Elijah Craig and Jacob Spears – who carried hopes in their hearts and stills on their backs. Visit the Wilderness Trail Distillery, Hartfield & Co., and Bourbon 30 in Georgetown, where Master Distiller Jeff Manley walks you through a tasting. (There are tastings at the others as well, of course.)

Distiller’s Row: You’ll learn about four bourbon-producing families who lived on Distiller’s Row in Bardstown, the Bourbon Capital of the World: the Willett family (Willett Distillery), the Mattingly and Moore families (Barton 1792), and eight generations of the Samuels family (Maker’s Mark). Sip at all three.

Matriarchs of Bourbon: Castle & Key, Jeptha Creed and Michter’s all boast women master distillers. You’ll taste at all three and learn about the early “bold bourbon broads” who paved the way.

Prohibition Tour: Delve into the history of bootleggers and speakeasy owners who kept bourbon flowing during Prohibition. Stops include the Oscar Getz Whiskey Museum in Bardstown, the new Prohibition Craft Spirits Distillery, the Evan Williams Distillery for a special speakeasy tasting, and a cocktail at Louisville’s cool speakeasy bar, Hell or High Water. Lunch at Gatsby’s on Fourth in the Seelbach Hotel, where such characters as Al Capone and F. Scott Fitzgerald hung out.

The Ripy tour is the only half-day Bourbon Barons offering and costs $50, all inclusive. All the rest are day tours, which run $100 and include the tour, lunch and tastings.

Every tour is all-inclusive, Jerry says. “That means all you have to take your wallet out for is a souvenir or a bottle of bourbon.”

By request, specialty group tours for at least four to six (with two-month advance reservations) include Distilling at the Ranch (hands-on, daylong bourbon-making); Conquering the Trail (bourbon, all distilleries plus Buffalo Trace, Barton 1792, Castle & Key, and the James E. Pepper distilleries); the Bourbon Artisan Quest; Culinary Trail of the Commonwealth; Dinner on the Vine; Kentucky Crafted: Louisville West; and Kentucky Crafted: Western Kentucky.

Tour descriptions, dates, times and prices can be found stonefencestours.com or by calling (606) 548-2181. 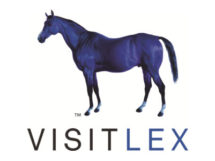 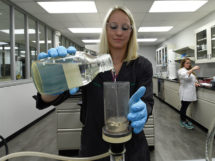 Art with a Twist of Humor
Emerging Lane | Community for Creatives