Home » Perspective | Glimmers of Optimism? Are You Kidding Me?

Counterintuitively, pockets of optimism are bubbling up among those who have the luxury of looking past just working and managing this moment’s daily difficulties.

COVID-19 is a relentless and frustrating foe, one that won’t be subdued until even more hard work is shouldered by all of us. But we will get there, collectively—and only collectively. No matter how divided some segments of our communities seem, we all will arrive at the same pandemic outcome as a unit. May it be sooner rather than later, so the economic, social and emotional healing can commence.

Until then, there are decisions about how best to balance both our medical safety and our financial health. The harder the shutdown, the deeper the economic disruption and threat of a years-long recession or depression. But full, unprotected reopening threatens rampant illness that kills far too many while breaking down health-care provider systems and their employees.

It is said, tongue in cheek, that the United States can be counted on to do the right thing, after it has exhausted all other possibilities. Let’s say that we currently remain en route to that right outcome.

Meanwhile, there is genuine optimism about what will come eventually because the pandemic is forcing innovation, problem solving and implementation of long-considered alternatives. There is lots of disruption of a status quo that is comfortable because it is easy to maintain but is not our best option.

So, what is there to be optimistic about?

Start with education, which might seem the least likely given the level of argument erupting around reopening schools. (Say a prayer for educators, who face criticism no matter what they do.) And education, which is vital to our success in virtually all things, is politically resistant to changes that might offend voting blocs such as teachers and parents.

Yet, as David Jones Jr. notes in this month’s One-on-One interview, the pandemic has broken the status quo of public education structures that need change to better serve some student populations. Change remains painful, but the former Jefferson County School Board member says count him impressed at how JCPS quickly rolled out 35,000 iPads to students and shifted to distance instruction.

We are in for lots more change in this sector, so expect a leap forward in efficiency—when the complaining subsides.

In the meantime, the swift embrace of digital communication tools forced by social distancing is producing a spectrum of productivity gains.  Telehealth rollouts by Kentucky providers shifted into warp speed in March and April, making everyone wonder why we haven’t been making medical interaction this easy a lot sooner, especially in areas with physical shortages of personnel.

Business, too, was quick to see that many workers at home (with reliable internet, computers and modern software) can be at least as productive there as in the office, with less operating cost for rent, utilities, etc. And the shorter commute pays workers a time dividend in their lives.

Still to come is industrial restructuring favorable to economic investment, job creation and incomes, prompted by the realization that global supply chains are dysfunctional and even dangerous for essential sectors ranging from pharmaceuticals to car parts.

The better times beginning to come into view are bringing the hint of a smile to faces that for now are furrowed by the unprecedented work of the moment. ■ 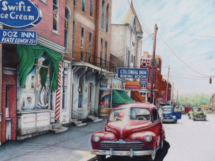 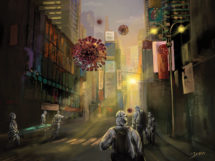 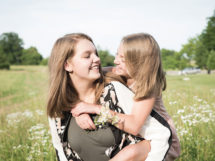