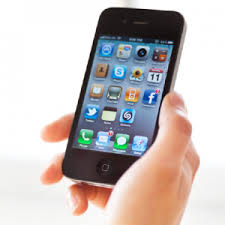 Dame has found mobile apps are a great way to enhance and improve on-farm operations and readily shares his tech savviness with producers.

The information offered on mobile devices, like the Natural Resource Conservation Service’s SoilWeb app, is not something that’s necessarily new information for agents or producers. Much of it was available in the past but in other formats that made it hard to get information to a farmer in a timely, acceptable manner.

A member of a family farming operation himself, Dame began offering technology classes to farmers after noticing the technology divide between his grandfather and great-grandfather with other members of the family operation.

“I wanted to teach the older side of the farming population that this technology is readily accessible to them, and help producers learn how to operate these devices in a way that will give them a return on their investment,” he said.

While there was some initial hesitancy from producers to use the apps due to concerns about others being able to access personal information, Dame has helped farmers overcome that hurdle by teaching them how to change their phones’ privacy settings and reminding them that much of the information shared through apps is public knowledge. Dame’s programs are so popular he’s been asked by other UK personnel to present across the state. Beyond the workshop, he does one-on-one consultations with farmers in his county.

One of the farmers he’s worked closely with is Lee Herring. Herring runs a small farming operation with his father and brother in Hopkins County and, like Dame, has been using apps since they became available. He and Dame regularly compare notes about the efficiency and usefulness of various ones.

“I used an app today called FARMserver, which allowed me to come out and find a problem and tag it so my dad, my brother and my chemical agent could see it in real time,” Herring said.

Apps have also helped his family take some of the guesswork out of farming by providing them with hard data about their farm and a way of recording field data to share with his family and bankers.

Herring has also noticed the change in the clients he works with as a district sales manager for Beck’s Hybrids.

“It’s changed our sales calls tremendously with farmers giving you hard data about their operation,” he said.

In addition to helping farmers become more comfortable with using mobile technology, Dame is in the process of developing apps that he can use to quickly disseminate timely information to his growers, such as pending legislation and potential field problems during the growing season. He is in the process of working with UK agricultural engineer Sam McNeill to develop one to help farmers determine the cost effectiveness of going from one elevator to another.

While cell phone reception remains a barrier in some rural areas, it’s a great tool for farmers, who don’t have that obstacle, to add to their toolbox, Dame said.

“I would never tell a producer to totally rely on apps to store all of their important information,” he said. “It’s always a good risk management policy to have that information backed up somewhere else.”