Home » Connecting today’s talent with the past: Creativity 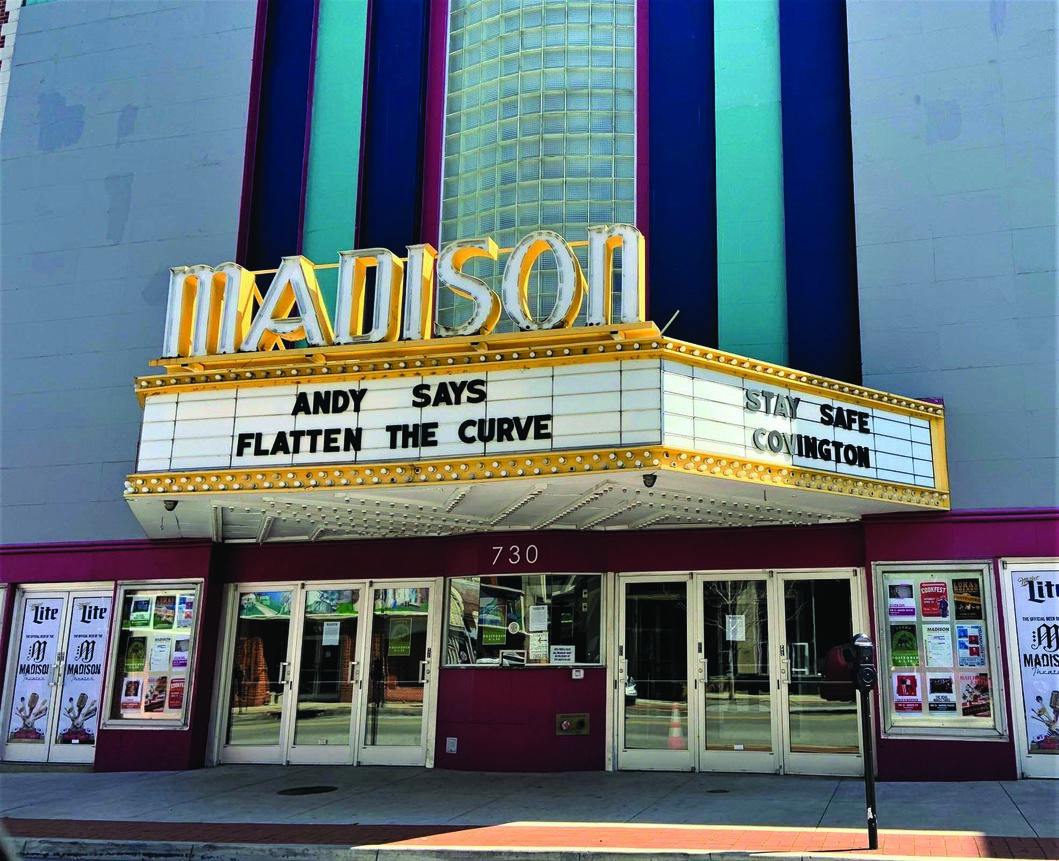 From murals to museums, galleries, festivals, tours and performance venues, Northern Kentucky has increasingly become a place known for proudly showcasing both its historical origins and today’s talent.

In late September 2020, the first installment was unveiled in a “Wall of Murals” series to commemorate Newport’s 225th anniversary. The mural depicts the students and teachers of The Southgate Street School, a historic African American school. More murals are being planned. (Northern Kentucky is decorated with numerous colorful murals. A walking tour map can be found on the ArtWorks Cincinnati website.)

Also in Newport: The riverfront has a new $40 million concert venue set to open in 2021. The concert space is Phase 1 of a 20-acre development, Ovation, spearheaded by Covington-based Corporex and Los Angeles-based AEG Presents/PromoWest.

Along with floodwall murals, parks and Mainstrasse Village, the Covington Creative District includes: an art center and gallery called the Artisan Enterprise Center with gallery space and periodic exhibitions; art instruction in many mediums at the Baker Hunt Arts and Cultural Center; the city’s oldest museum, Behringer Crawford Museum; and the Carnegie Center for Performing and Visual Arts.

Even during a pandemic, art remains an important facet of life, Best said.

“We are still here for our community, we’re still here for the community of actors and artists and teachers, and wanting to make sure that rather than hibernate, we are trying to innovate during this time that nobody could’ve imagined,” she said.

After spring 2020 events were canceled, the Carnegie virtually re-emerged with online art exhibitions, virtual “Camp Carnegie,” and more recently, small concerts and free movie nights with smaller capacities. Galleries were reopened, educational classes were held both online and in-person with new safety protocols, and some theatrical productions relocated outside.

At the Behringer-Crawford Museum, Executive Director Laurie Risch said the facility typically serves about 35,000 annually both in-house and through outreach programs. The pandemic prompted new adaptations, with original artwork sold online following the museum’s annual Fresh Art fall fundraising event. The summer concert series was pared down to two live performances before a limited audience and between live streams and recorded views, one reached 24,000 viewers.

“That was pretty incredible,” she said.

The museum reopened with extra safety measures in mid-July 2020, and programs and classes remain a mix of in-person and virtual, elements Risch expects to continue in 2021.

In Williamstown, the Ark Encounter site will be hosting what’s touted as the world’s largest Christian music festival Aug. 2 through Sept. 10, 2021. “40 days and 40 nights of Gospel Music at the Ark” will feature 120 concerts, an art exhibit, zoo animals, zip lines, camel rides, inspirational messages from Jerry Vines, David Jeremiah and others; and of course, the Ark Encounter itself.
Ray Flynn, president of event organizer Abraham Productions Inc., said he expects more than 120,000 attendees, which he said will positively impact the local economy and perhaps broaden people’s faith.

If you’re not sure which art destination to visit, choose one of many free, self-guided NKY Art Tours, a Covington-based initiative of the Public Arts Network of NKY and ArtsWave.

Tour themes include the Riverside Drive Statue Tour, Central Business District Tour and Secret Cincinnati Tour, with more being added for 2021, said Jill Morenz, spokesperson for the Public Arts Network of NKY. The group maintains an ArtQuest calendar for people to plan their own area arts adventures at nkypublicarts.org/artquest.

As for the tours, “There are interactive maps for each tour via Google Maps that folks can easily use on the go to navigate between points of interest,” she said. “We also have a printable scavenger hunt for the floodwall murals, with more scavenger hunts to come.”

Matthew Albritton, director of NKU’s School of the Arts (SOTA), said not only do SOTA graduates go forth to artistically enrich their respective communities, the campus hosts many quality performances annually.

“With a mainstage production season unrivaled in the region, we inspire thousands of patrons with musicals, independent playwright festivals, thought-provoking productions, and even opera,” he said. “With over 100 plays, concerts and exhibitions each year logging over 30,000 patron visits annually, SOTA’s students and faculty inspire the region while developing future artists, performers, and musicians.”

For additional arts-related activities and events, each Thursday the city of Covington promotes fun weekend pursuits through its online calendar “Weekend in LovetheCov, ” which can be found on the city’s website, covingtonky.gov.

In 2020, “outdoor cafes” were created in a cooperative effort between city halls and restaurants to keep customers dining out in the great outdoors.

“What this demonstrates is that a city known for its quirky personality, irreverence and authenticity – with many unique small businesses, bars and restaurants – will find ways to have fun, even during a pandemic,” Hassert said.