Kentucky’s real estate and construction industry is hot – so hot, in fact, that demand may have the power to reshape the communities we live in, experts say.

The inventory of homes for sale in spring 2017 was down to a 3.5-month supply, an all-time low, and approximately half the typical six-month supply, according to numbers from the Kentucky Association of Realtors. Total home sales in the state were up 5.4 percent from the same period last year.

Home sales have broken records. For the first time in 2016, more than 50,000 homes were sold, with total sales topping $9 billion.

Existing homes are moving fast – reports of one-day sales above asking price are plentiful – but beyond that state construction employment in both the residential and commercial sectors is up 3.8 percent year over year, according to the latest statistics from the Kentucky Center for Education and Workforce Statistics.

Interviewees for this article cited a number of factors driving supply down and prices up, including downsizing baby boomers, a flood of Millennials finally entering the housing market, and cheap credit, among other things.

“It’s a crazy seller’s market right now,” said Mike Wheatley, realtor and new Ball Home Sales manager for Milestone Realty. “There are just more people in the market for a house than there ever have been before. You have all this pent-up demand out there and only so much inventory. Realtors are not only selling houses faster, but houses are getting multiple offers, especially houses that are $250,000 or less.”

Ball Homes is one of the builders aggressively erecting new homes as well as luxury apartments, with most of its developments, rental or purchased, having waiting lists. The company currently has developments in Lexington, Louisville, Frankfort, Georgetown, Nicholasville, Georgetown and Versailles.

“Baby boomers are buying their final home, and they want that one-story living with all the amenities,” said Judy Craft, principal broker at Milestone Realty Consultants in Lexington. “And first-time buyers want it all. They aren’t settling. Because interest rates are in the 3 percent range, they are skipping the 1,400-s.f. starter homes, and moving straight to the 2,000-s.f. house loaded with upgrades.”

While buyers on the residential side are going for upgrades like marble counters and hardwood floors, many commercial developments are going for a more old-fashioned approach: the mixed-use development.

An example this is the sprawling Summit at Fritz Farms in Lexington, completed by Bayer Properties in 2017. It features a re-created open air, downtown-like shopping experience in a suburban setting, with 70 shops, 20 restaurants and class-A office space, as well as adjoining apartments and condos. Birmingham, Ala.-based Bayer saw success with a similar project, The Paddock Shoppes in Louisville 20 years ago, and saw the opportunity bring its special brand of “destination shopping” to Central Kentucky.

“In general, retail space exceeds demand,” said David Silverstein, principal at Bayer Properties. “But we did extensive market research, and we found that Kentucky, and Lexington in particular, was largely underserved by specialty retail. Many people in the area had to go into Cincinnati and Louisville to shop. There’s a lot of talk that malls are dead, but they aren’t. There will always be a need for shopping, but the bar has been raised. In the future, I believe you will see a lot more developments like ours that are true destinations for the shopper – places where they can walk from their apartments, to their office, and out to eat, and shopping, all in one place.”

Late in 2017 Bayer tops off a final piece of Fritz Farms, “The Barn,” a pavilion that will house dozens of small food stands and operators. “It’s a chance to let the smaller business person get into prime retail space affordably. It’s a new way of thinking about this kind of restaurant space. And we think diners will love the choice and the excitement the Barn will offer.”

Not a lot of lots available

While most in the construction industry are cheered by the relative strength of the market, they are quick to note structural barriers that are continuing challenges. Ongoing urbanization means that larger cities, like Louisville and Lexington, are growing faster than the local market can provide housing.

For instance, a recent housing survey completed by Urban Partners for several Fayette County area local government agencies concludes there would be a shortage of more than 4,000 affordable rental units through at least 2025. It is a consequence of the city’s rapid population growth – more than 20 percent over the past 15 years, the report said.

Even more distressing for the area is scarcity of developable land, experts say.

“Fifteen years ago, new homes used to be about 30 percent of construction starts, but now its 8 percent” Wheatley said. “That’s because in the Fayette County market there’s only 90 acres still available for residential home construction. So the prices of lots go way up to $60,000 or $70,000 (apiece). And that ends up making it pretty much impossible for first-time buyers to get in the market with a new house. It chokes off the supply of new houses all together.”

The Marikka’s Bier Stube restaurant rebuilding project on Southland Drive, a midcentury commercial area experiencing a wave of revitalization, is an example of the creative business approaches builders are using in all categories. Long Construction Management, whose owner Linden Long grew up blocks away, got involved.

“Quite honestly, a ‘plan spec’ restaurant project is not a project we would typically go after,” said Long, who got his start with industrial specialist Gray Construction. “Marikkas was working with a design firm, Burnworth Design, that specializes and has a great eye for creating inviting restaurant spaces. What we were able to do was to look at the plans and see ways that we could maintain the design integrity, but change the structure and other elements to add efficiencies and make the project more cost effective and easier to construct.”

Long Construction approached the owners Doug Tackett and Doug Tackett Jr. and architect with its ideas “and they were all in,” Long said. “The new Marikkas will be a beautiful addition to the upgrades already done or being done on Southland Drive.” 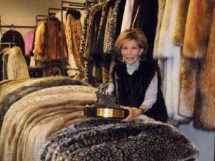